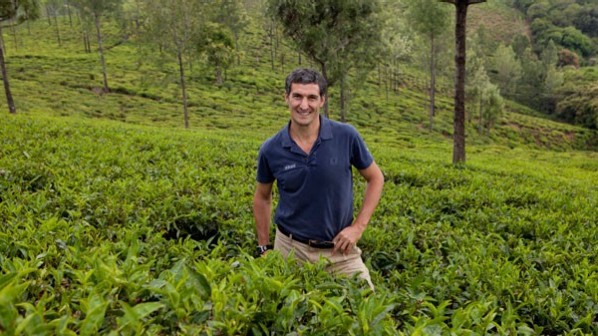 As U.S. investors focused on technology companies in 1998, Seth Goldman and Barry Nalebuff, his former professor at Yale School of Management, took a different route. They co-founded Honest Tea, an organic, lightly sweetened bottled tea. The  co-founders were on a mission to make healthful consumer beverages mainstream.

Goldman liked marketing a good product, but says he also had “become awakened to the idea that a business could be a driver of social change,” while at Yale School of Management.

The broader mission of Honest Tea, and Goldman’s latest venture, Beyond Meat, for which he serves as Executive Chairman of the Board, is to improve people’s health, have a positive impact on the environment through the food system, agriculture; create fair trade labor standards and support community wealth.

“It’s all done through the market,” Goldman observes. “To survive, you can’t have economic inefficiencies in your business model.”

Goldman says we’re in an era where two major directions are driving change in the food industry:

As with Honest Tea, the “undoing” or simplification of food is one. And, then you’re seeing the “redoing” of food, and that’s what Beyond Meat is. Says Goldman, “it’s taking an existing category and redesigning it in a way that overcomes the perceived nutrition or health shortcomings of that product.”

Everything about how Honest Tea grew was natural

Goldman was prompted to pursue the idea for a healthier beverage after he’d taken a run in Central Park to decompress after a presentation at a New York City institutional investment conference. He was thirsty, walked into a market, and realized there was nothing there he wanted to drink. It reminded him of the market opportunity he had Nalebuff had discussed in class three years earlier.

Honest Tea did not market through television commercials. Instead, the bootstrapped business held in-store tastings at Whole Foods (formerly Fresh Fields) at 17 upscale locations where it launched.

Fundraising was tough for the consumer beverage product. They launched in the kitchen of Goldman’s Bethesda home. The co-founders raised $10 million over ten years. Early on, they raised money from friends and family. By 1999-2000  they raised $1 million most of it from individuals who liked their product. Their average investment check (from an individual) at that time was for $25,000. Later, bigger investments rolled in from specialty food businesses whose CEOs brought industry experience to Honest Tea’s board.

“As challenging as that was it kept things very disciplined.  We traveled as a team, we shared hotel rooms. It’s part of our DNA to have that entrepreneurial mindset.”

They made mistakes, too. Early on, they lost $1 million trying to own and manage a bottling factory outside Pittsburgh because they mistakenly thought they needed to own their production. For six years he commuted every few weeks from Bethesda at 3:00 am and returned home to his growing family by 8:00 pm. Goldman calls this time “the darkest years of my life.” What kept him going was the idea of Honest Tea becoming a national brand.

A major lesson, from the bottling plant mistake: “Make sure you’re building what is in the long-term value of your enterprise.”

Goldman and Nalebuff recently created an illustrated book about their experience called: Mission in a Bottle, which Goldman discussed at a recent fireside chat with Connectpreneur’s founder and DC Metro area tech entrepreneur, Tien Wong. 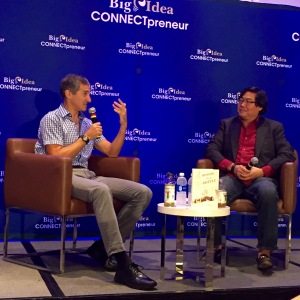 First, the vision, a platform

“When I reached out to Barry [Nalebuff], he had just come back from India where he’d been doing a case study of the tea industry and he’d come up with the name honest Tea,” says Goldman. He observes: “The name was brilliant, but so was the idea of using tea so you could have a drink that’s healthy and tastes great without a lot of sweetener. Then, of course, the name gives you this platform to pursue a broader mission.”

Then, a long, hard slog to the next step

The co-founders launched Honest Tea with health conscious consumers and developed the brand before seeking corporate investment to expand.

Things started taking off in 2006 and by 2008, Honest Tea had become the best-selling, organic bottled tea at Whole Foods in 15,000 locations nationwide.

That wasn’t where they wanted to stop.

The mission was to take healthful, organic beverages mainstream. That meant going national, while preserving their core values. Before selling to Coca-Cola, the co-founders took a 40% investment from the corporation’s new “Venturing and Emerging Brands” program, with an option to buy in three years.The co-founders used the time to continue growing its line and made sure the brand was not only certified organic; it was certified Fair Trade so it would give back to communities and support acceptable working conditions. By putting in place certifications from reputable organizations, nobody could cheapen their brand.

They kept innovating. One of Goldman’s three sons inspired Honest Kids, an organic less-sugary drink marketed in pouches. Goldman says:, “The whole category shifted from 100 calories a pouch to an average of 75. Ours is 40 calories per pouch.”

He adds, crediting the president of Patagonia, “You want to create enough pressure in the marketplace so that it’s challenging for your competitors not to follow you.”

They saw a ceiling ahead

While the co-founders had seen great growth, says Goldman, “…we also saw a ceiling ahead. We were getting approached by chains like Safeway, Target, and CVS, that wanted us chainwide, but we didn’t have the distribution to get there. We had to say ‘what’s the purpose of this? … The goal was never just to sell healthy drinks to healthy people. We knew we had to cross over to broader distribution.’”

Luckily, they had a great board

Honest Tea’s board had first-hand experience to help..”We had people who knew the industry, who knew branding, and natural foods,” says Goldman, including the CEO Stonyfield farm, the head of Timberland Footwear Co., and the head of Saratoga Beverage group, an independent Pepsi Bottler.

Today, Honest Tea is a national brand with over 125,000 accounts.

Goldman looks to the future, and is now helping to build Beyond Meat, a privately held California-based company that has recently closed a $30 million financing to commercialize the first plant-based protein food with the taste, chew, and sensory satisfaction of animal meat. It took research from about 14 PhDs to get to the commercialization stage.

Goldman is a practicing vegetarian; his “Beyond Burger,” sells in the meat department to attract consumers who might not look in the freezer with the other veggie burgers. “It’s three things,” Goldman explains. “There’s the R&D piece, the commercialization, and the brand. We’re the first plant-based burger to be carried in the meat section.”

It’s a big idea. Meat is the world’s biggest food category, $200 billion in the United States alone. And it’s got global potential as a sustainable source of protein for countries whose water and land do not support a meat industry. That’s probably what attracted Bill Gates as an investor.

So what is the takeaway for entrepreneurs looking to build their own vision? The journey begins with a product mission. For Goldman, it was serving up a healthy life and lifestyle. An essential part of this mission is to protect the environment and enrich communities.

Once the mission is part of a founder’s mindset, a business plan begins to write itself. Goldman wanted to build a national brand, but not at the expense of his core values. Honest Tea is a case study in being able to do this. His latest venture, Beyond Meat, is another example of “doing well by doing good.”

Please visit this story on Startup Grind Medium, scroll to the bottom, and hit the heart to recommend it or leave a kind word to let the editors know you appreciate it.  Thanks!

I'm a multimedia storyteller following evolving voice-first opportunities. Early adopter experience in New York City included: Sr. Editor, EIC/Intelligence, the first online, commercial database (1980s);Communications/Voice of Equinta.com, like Zillow but in 1999; and Reach networks -- like Mosaic, only four years sooner. I've recruited speakers for VOICE Summit (https://voicesummit.ai) and conducted its microcast leading up to the event. Would love to do more microcasting in the future.
View all posts by Janice K. Mandel →
This entry was posted in entrepreneurs, Health, Healthy food, Mission-based business, Uncategorized and tagged business, Innovation, marketing, Mission. Bookmark the permalink.